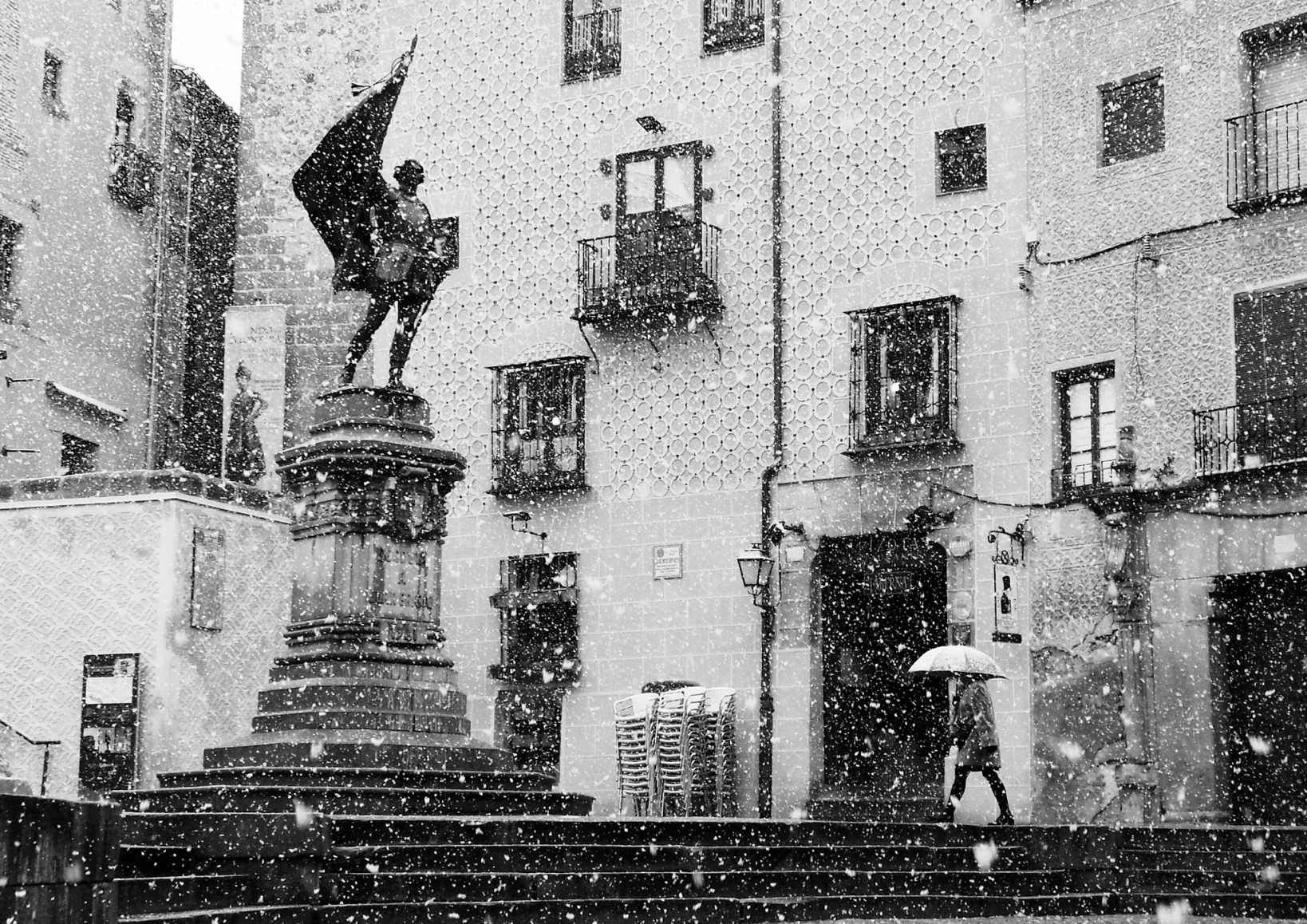 The wind whistles around the statue of Juan Bravo, his face whipped by flurries of snow. Juan Bravo was one of the leaders of the rebellion that rose up to save Castile from a foreign invasion. Here in Segovia’s Plaza de Medina del Campo, this statue commemorates the valiant efforts of one of the captains who fought against Charles I in the war of the communities (comuneros) of Castile in 1521. Today a cold wind of freedom swirls around his statue, like the echo of a song passed down from generation to generation. “All Castile has the feeling of being a comunero.” There’s nothing more silent than a snowflake, and nothing more dishonorable than silence in the face of injustice.