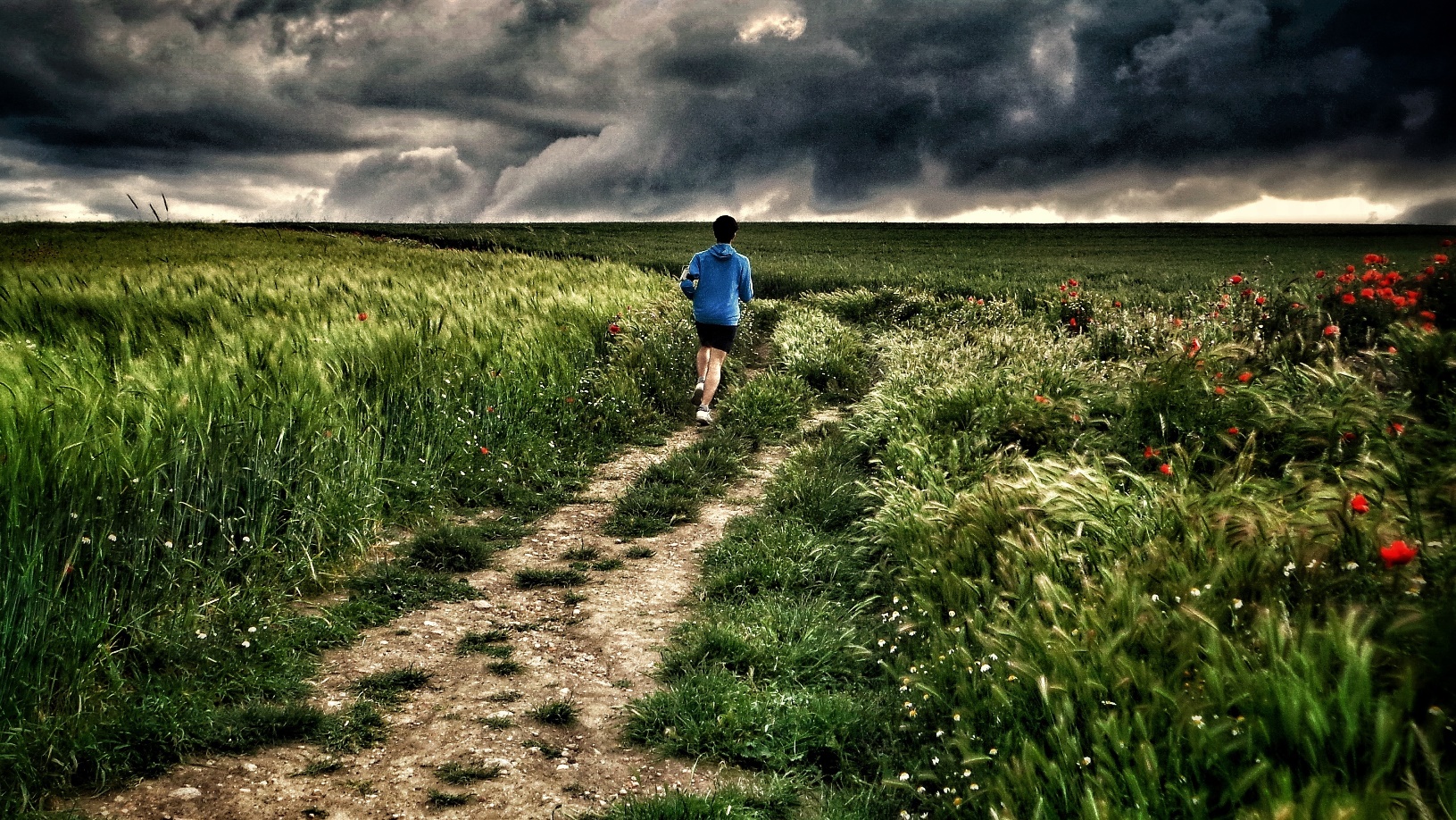 I really admire brave souls who don’t shrink from adverse conditions. “If I were you I would turn round,” I said to this young runner as the sky grew darker by the minute. “Don’t worry, the worst that can happen is that I’ll get a bit wet,” he replied, as he went through his warm up routine. He set off running and had soon disappeared over the horizon, beyond the line where an increasingly black sky met grass that was already wet. In a question of a few seconds the odd drops of rain became a deluge. I managed to find shelter under the eaves of a nearby house and wipe down my camera, which in the event I hadn’t been able to protect from the rain. About twenty minutes later the young runner reappeared in the distance, still running for all he was worth, drenched from head to toe. There was water dripping down his face, down onto his clothes and onto his trainers, which had started off white and were now covered in thick mud. He ran right up to me with a smile on his face. “See what I mean mate? It’s only water, nothing to be afraid of.” He’s right, I thought. No obstacle can stand in the way of sheer determination.