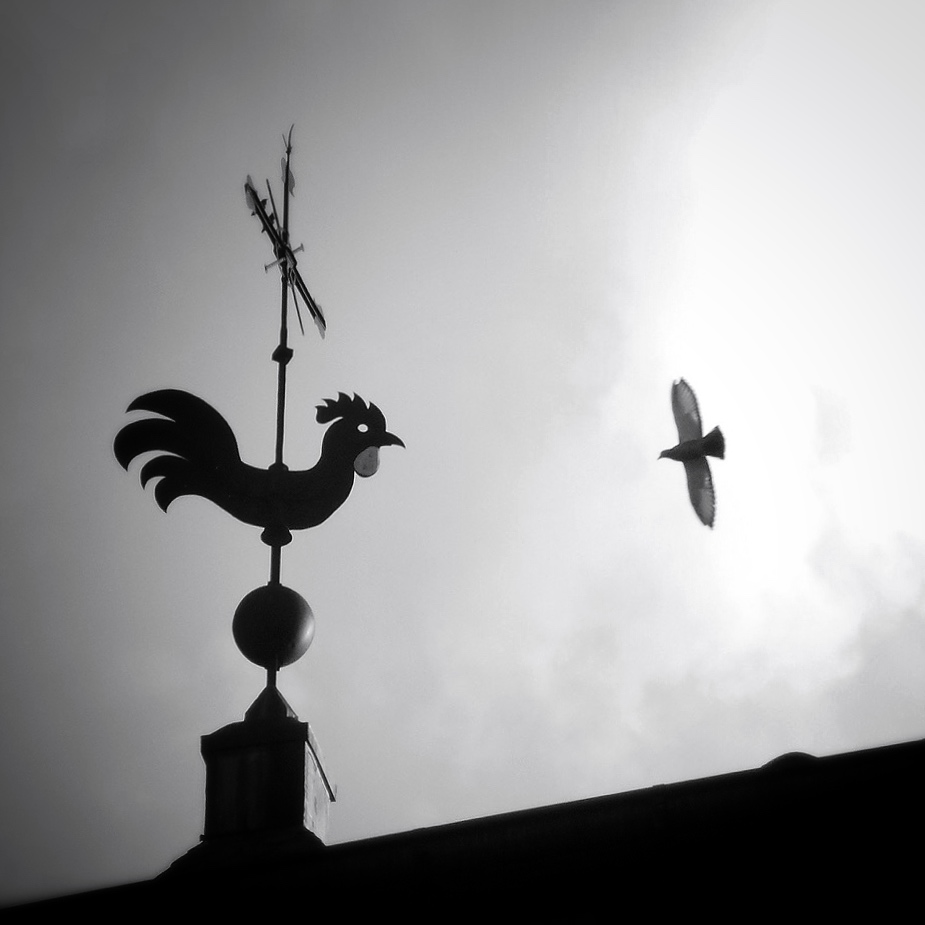 While life goes gently on down on the street, the rooftops of Segovia are the scene of an apparent confrontation between a cockrel and a pigeon. Historians tell us that the reason the cockrel features to often on weather vanes is that pope Nicholas I ordered that the form of a cockrel be placed on the highest point of churches’ bell towers. The cockrel symbolized Saint Peter’s three-fold denial of Jesus at the Last Supper. If you look a bit closer you’ll see that cockrels are the kings of the city skyline, partly because there are so many churches. Segovia is one of the cities in Spain, and possibly Europe, with the largest number of Romanic churches.