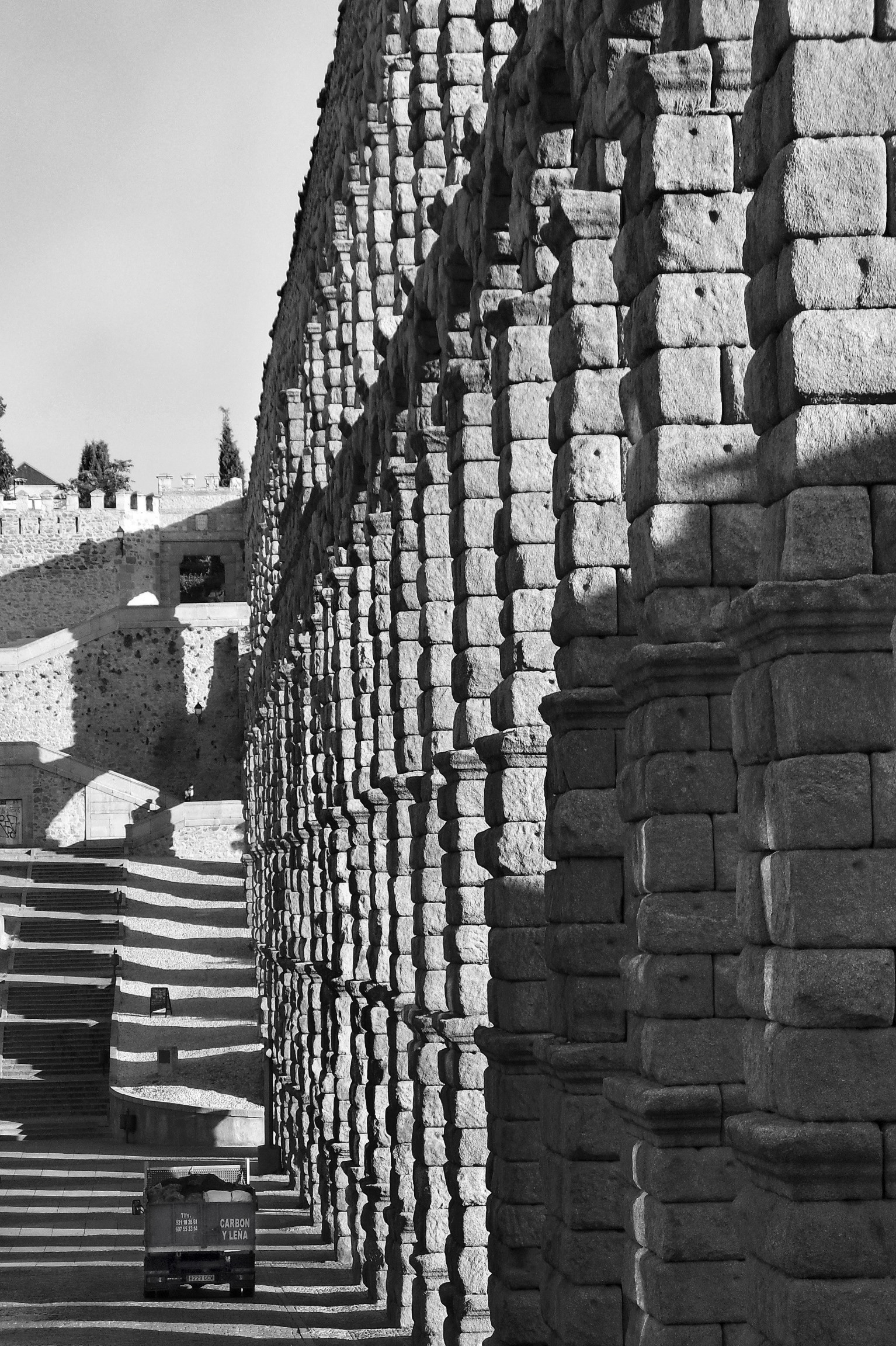 According to historian Alonso Zamora Canellada, the pillars of the central arches of Segovia’s aqueduct extend a further four meters down into the ground. That means that the aqueduct is even higher than the almost thirty meters we can see above ground. Whatever the case, it’s an amazing construction. Some of the older folk in Segovia talk of a legend that explains how the aqueduct, the symbol of the city, was built. They say that it’s the work of the devil himself, nothing less. That it came into being because one day, way back in time, a young girl from Segovia was feeling terribly sorry for herself because of having to go every day to the river and carry back pitchers of water to her home. Desperately tired of such hard work, she invoked the devil, asking him for help. The devil said that in exchange for her innocent soul he would build an aqueduct in just one night, finishing it before the sun rose the following morning. The devil worked in the darkness of night, determined to get the work finished and claim the innocent young girl’s soul. According to the legend, the first ray of sun took the devil by surprise when he had only one stone left to put in place. Thus, the devil lost his claim to the promised soul, and Segovia gained a reputation for being one of the most beautiful cities in Spain.