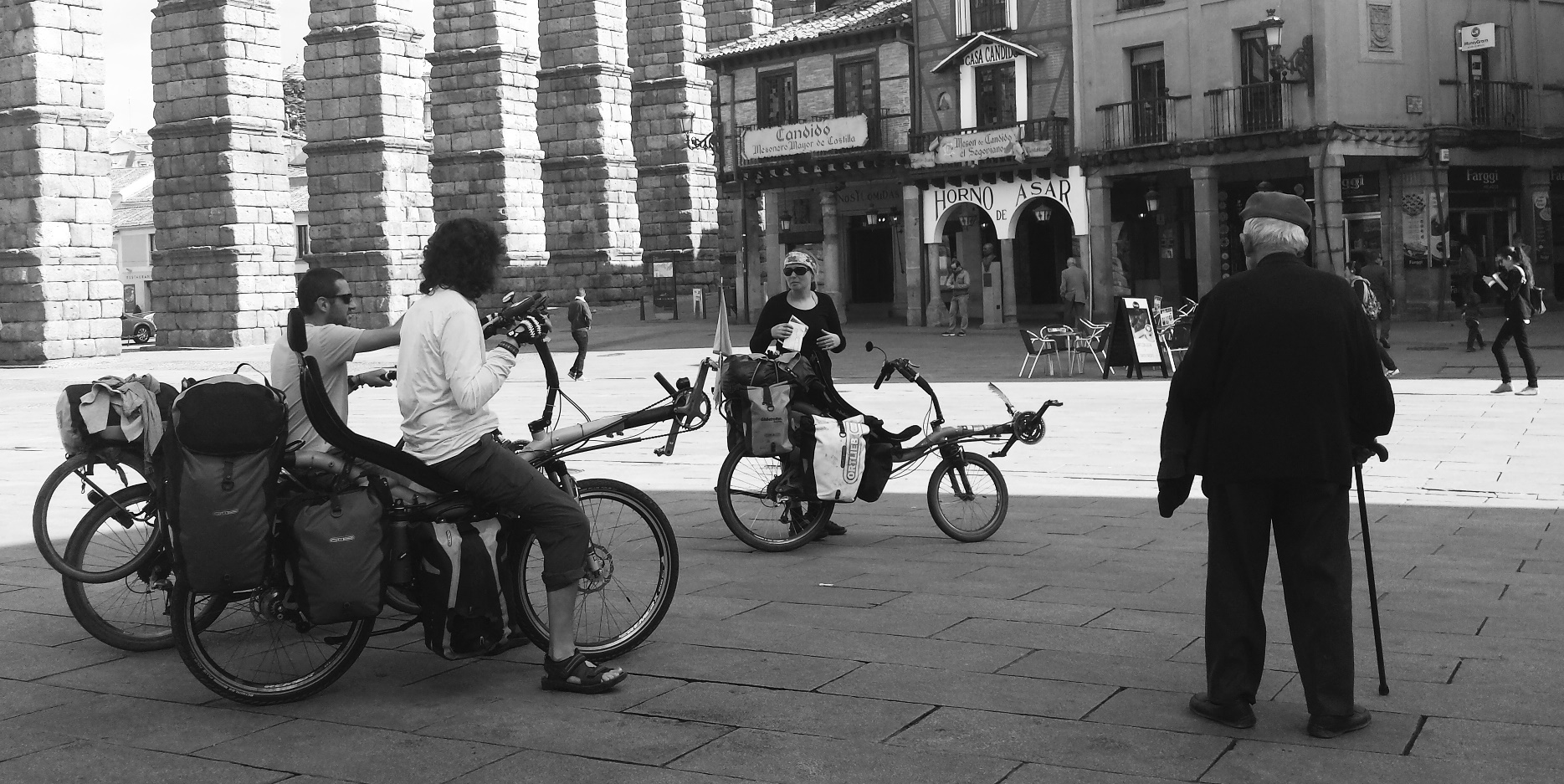 An urban scene unfolds at the foot of the aqueduct. Some adventuresome foreigners with rather unusual bicycles have just arrived in Segovia, and having cycled around for a bit they’ve met up to plan their next route. To the right of the photo, a senior citizen whose curiosity has got the better of him edges nearer cautiously to get a closer look, but doesn’t say anything. The three cyclists leave and the excitement is over for now. He doesn’t mind. He knows it won’t be long before another lot comes along.