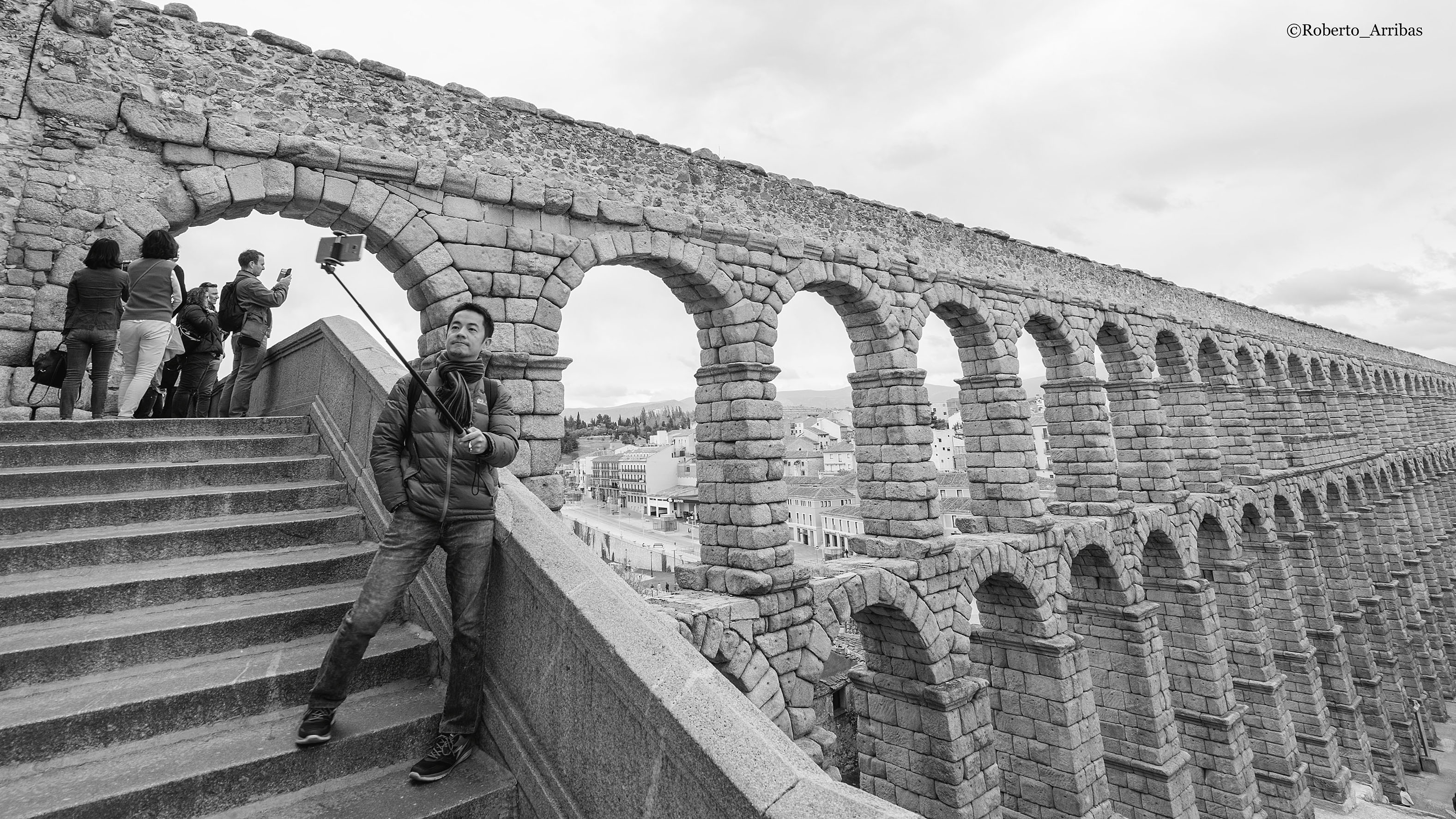 One of the strangest fashions I’ve ever known is that which consists of carrying around a stick for taking selfies. A large number of the tourists walk around the center of Segovia with one. Whenever I see them climbing up the steep steps of the Postigo area to see the aqueduct in all its glory, I’m reminded of poor Sisyphus, condemned by the gods to keep rolling a boulder up a mountain, only to have it roll back down every time he reaches the top. Now, I’m not saying that tourists have to push enormous rocks up there, but they do have to carry their long sticks for their smartphones. The unhurried pace of Segovia, the atmosphere of its steep streets, the magic of its hidden corners and squares, are all hard enough to capture with a smartphone or camera. If I had to carry a selfie-stick around it would be very difficult indeed to capture the soul of my city. That’s why, if you visit Segovia, leave the stick at home, and don’t be a slave to selfies. Sharpen your senses. Try to retain in your memory the images of this beautiful little city, which is particularly beautiful in autumn, when temperatures are still benign. Challenge yourself to capture the essence of such an old and eternal place, where time seems to pass slowly, as if the rest of the world were travelling at a different speed. You don’t need a selfie stick to do that.