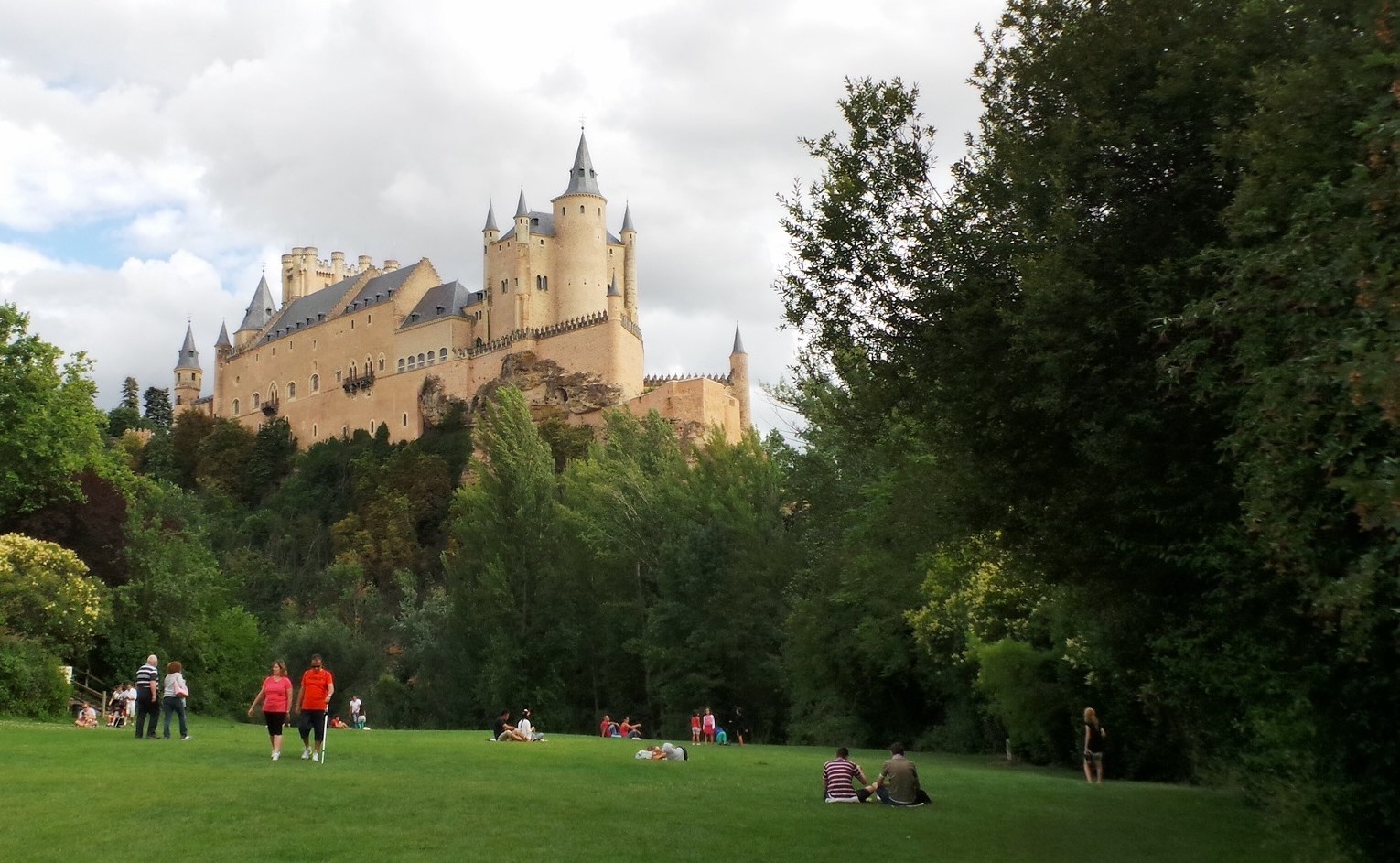 There’s this amazing place in Segovia where the Alcázar looks even more majestic than from above, if that is possible. It’s a spot next to the Clamores River, which is a tributary of the River Eresma, and it’s somewhere that many Segovians come for a walk or to do other open-air activities. The early origins of the Alcázar date back to the end of the 11th century, although it wasn’t until the times of the Trastámara dynasty at the beginning of the 15th century that construction began of the castle we see today. The Alcazar played a starring role in the proclamation of Isabel the Catholic as Queen of Castille in 1474, given that the procession set off from there in the direction of the Church of San Miguel, next Segovia’s Plaza Mayor.