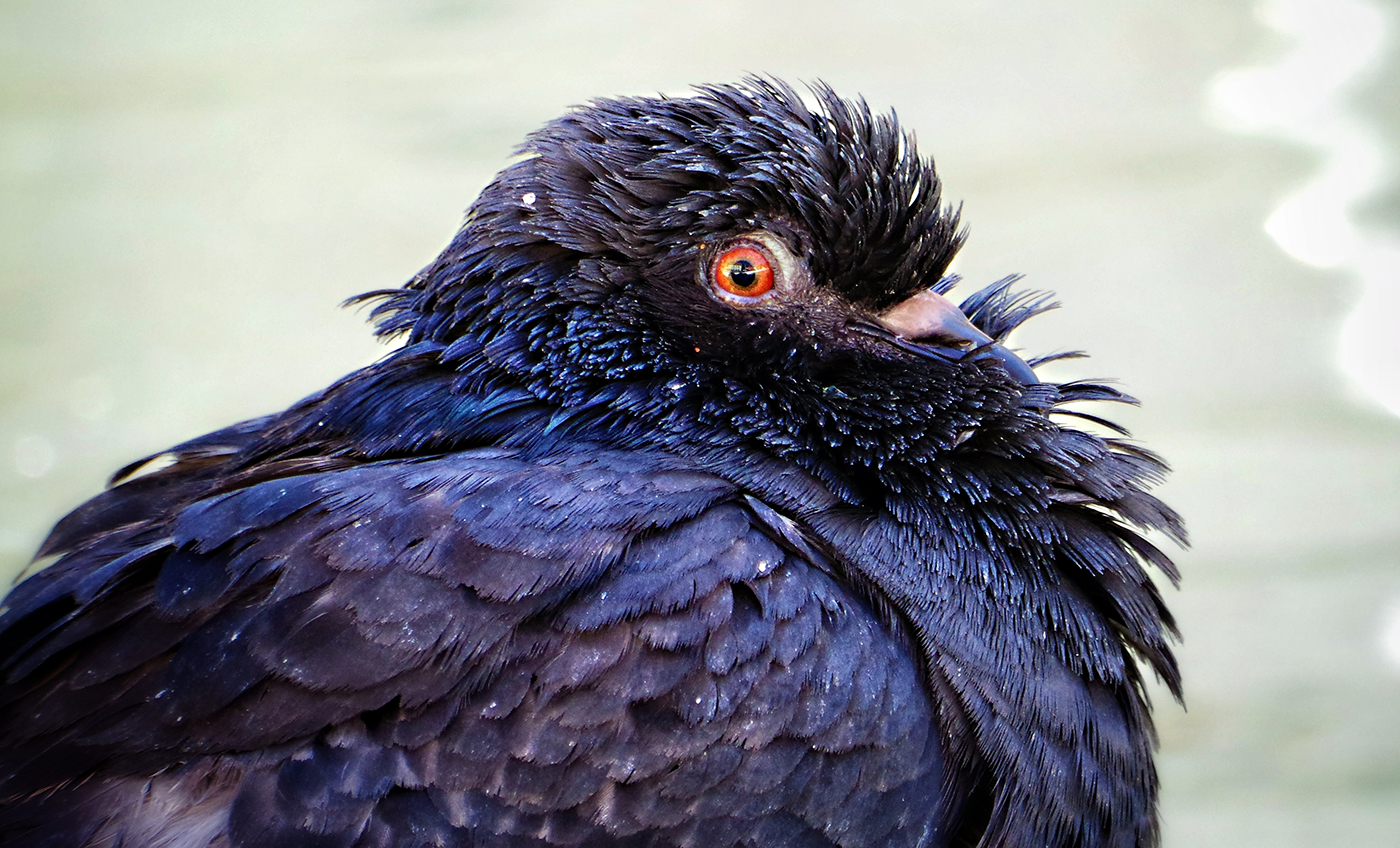 The pigeon’s eye burned bright and was seemingly filled with horror, or at least that’s what it looked like to me. It didn’t move an inch from the fountain where it had been resting, impassive, frozen, staring right at me. It occurred to me that the human equivalent of that look would be that of a terrified soul. Then I got too close and the pigeon took fright and flew off so fast that it was difficult to track its flight, until it was swallowed up by the rooftops. The look in that pigeon’s eye was a paradox. Fleeting, yet impossible to get out of your mind.