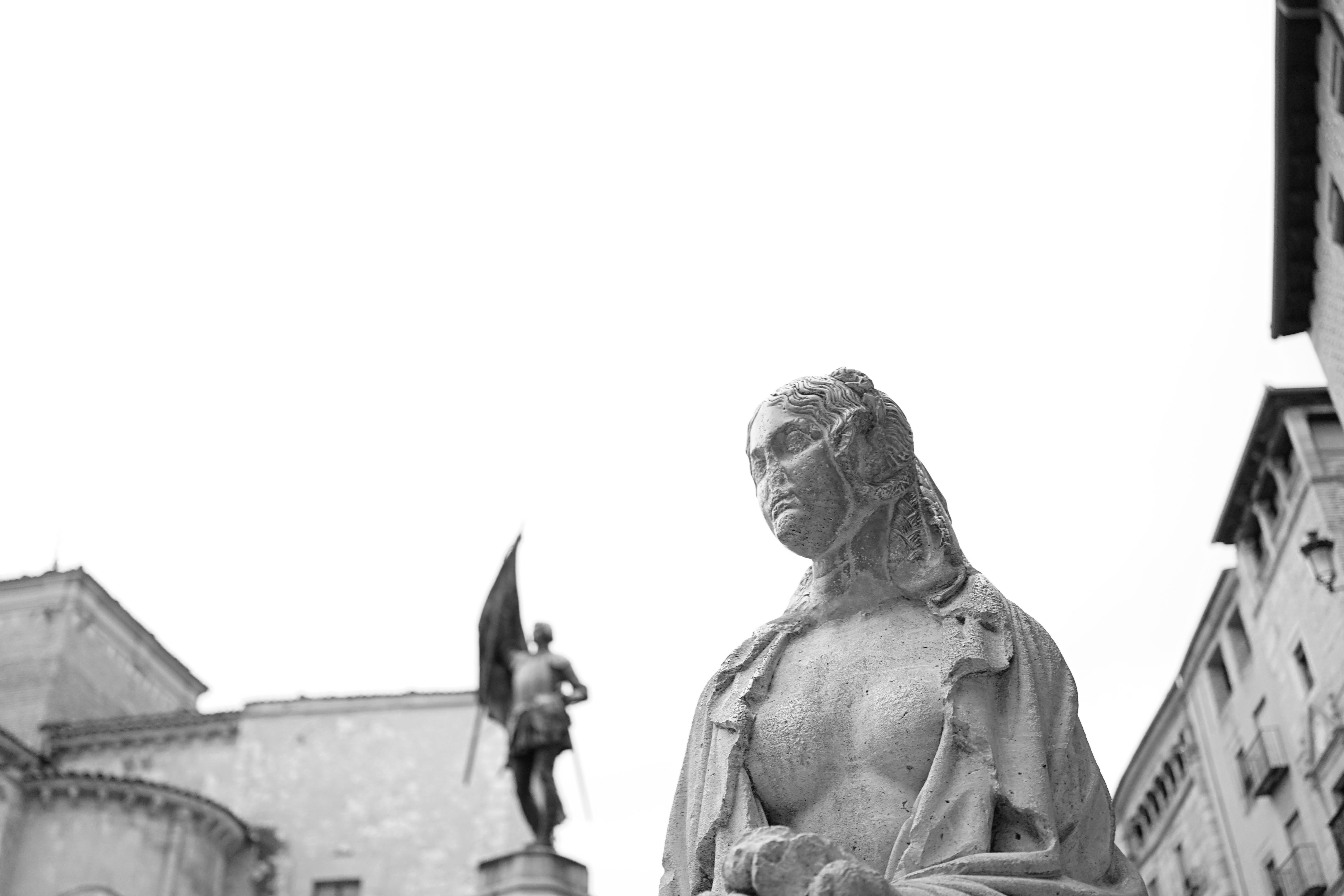 This Sphynx is one of two marble statues crafted in the middle of the 19th century by artist Francisco Bellver, having been commissioned by the city of Segovia. She’s located at the bottom of the steps that lead to Medina del Campo Square. Behind her is the statue of Juan Bravo, one of the captains that fought against the army of Carlos I in the War of the Communities in 1521. Most Segovians have at least one snap of ourselves with one of the Sphynxes, which others mistakenly call mermaids (locals actually call this place Mermaid’s Square). They say that Bellver was also commissioned to sculpt the mermaids on some of the Romanic capitals of the Church of San Martín, next to the square. The sphynxes were the natural continuation of the artist’s fanciful artwork. Are they the result of a mistake? Are they Sphynxes or mermaids? It doesn’t really matter, because this has always seemed like a magical place to me.