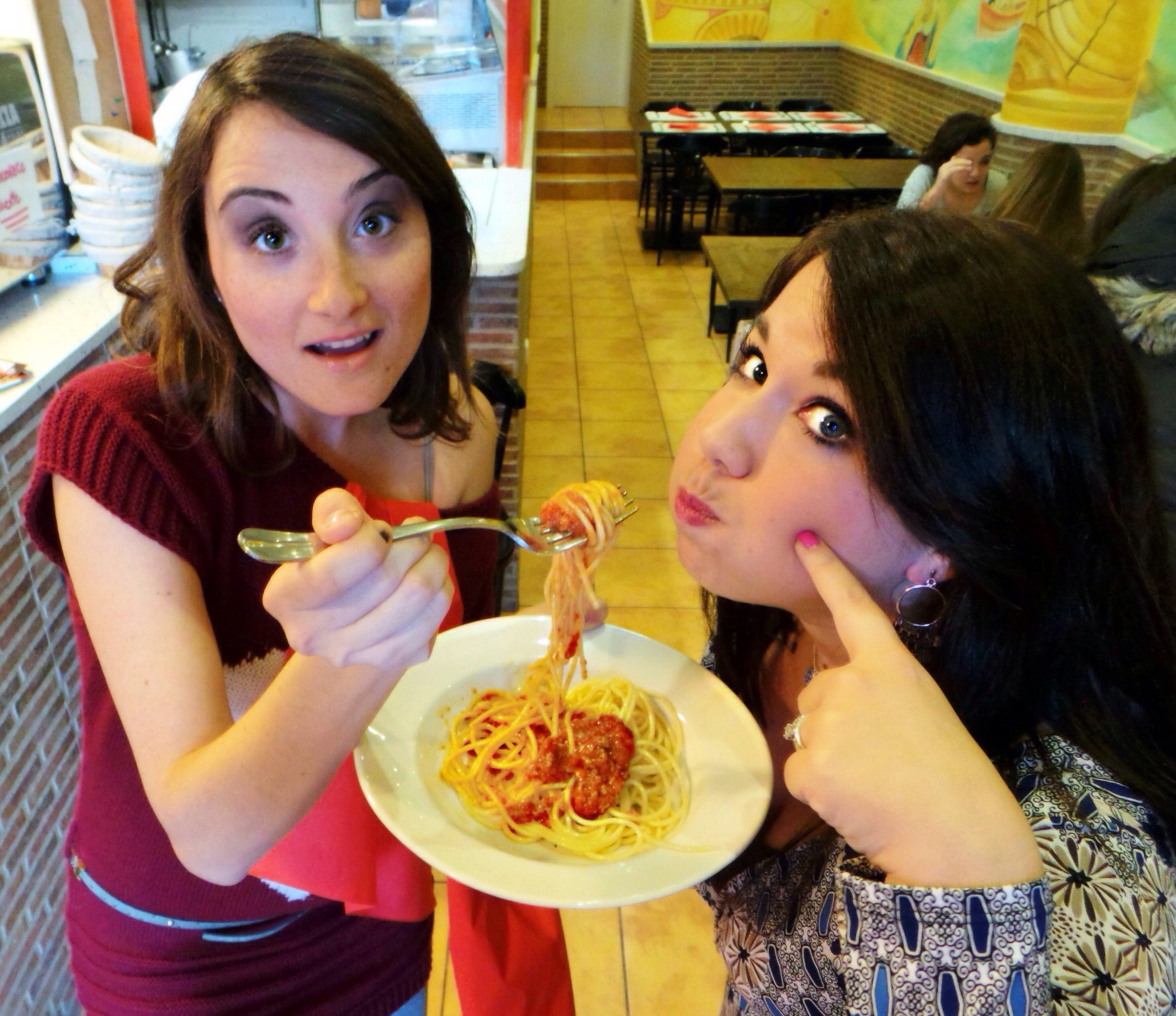 I was drinking my caffé macchiato when it struck me that the two girls I was with had that strength of character that you only find in Southern European women. Manuela Fusco and Francesca Piccolo are two Italian friends who work in the Admissions Department of IE University in Segovia. We’d arranged to meet up in a pretty little Sicilian trattoria right opposite the imposing aqueduct, where they cook pasta just right and the desserts are to die for.

The thing I really noticed about Manuela, who was born in Naples and teaches Italian in her spare time, is her conviction of everything she said. With her blue eyes and perfectly groomed long black hair, she fits perfectly with the image we Spanish have all have of a feisty Italian woman: a woman of character. “What do you think of Segovia?” I asked her. “Segovia is a city that’s alla mano, I feel safe here, and it’s a cozy place to be”, she told me as her expressive blue eyes scanned the walls of the restaurant with pictures of Italian actors, vespas and spaghetti done using special color effects. “I come to this restaurant all the time,” she added. It’s a little piece of my home country, and it’s right next to the aqueduct built by Romans. What more can I ask for? It helps to stop me from feeling homesick.”

While she was telling me this, I noticed that her friend Francesca’s eyes aren’t blue, as I first thought, but green. She’s from Messina, the historic coastal city known as the gateway to Sicily. Her facial features are delicate but she still manages to transmit a great deal of strength. After chatting for a bit I realized that what I first thought was a subtle way of expressing herself was now a whirl of creative energy. I then discovered that Francesca adores music and sings in her free time. She told me that she’s working with a pianist from Segovia, Carla Marazuela, on a music project which consists of making their own versions of popular songs.

Francesca and Manuela are happy in this city. Nevertheless, Francesca admits: “Segovia’s full of charm, but I worry about the cold winter”. She looks at Manuela and says to her: “I dream about the sea every night, something that had never happened to me before, I really miss it you know.” It’s pretty unforgiveable to separate Sicilian from the sea, I thought. What we should do is transport the entire Mediterranean to the foot of the aqueduct…