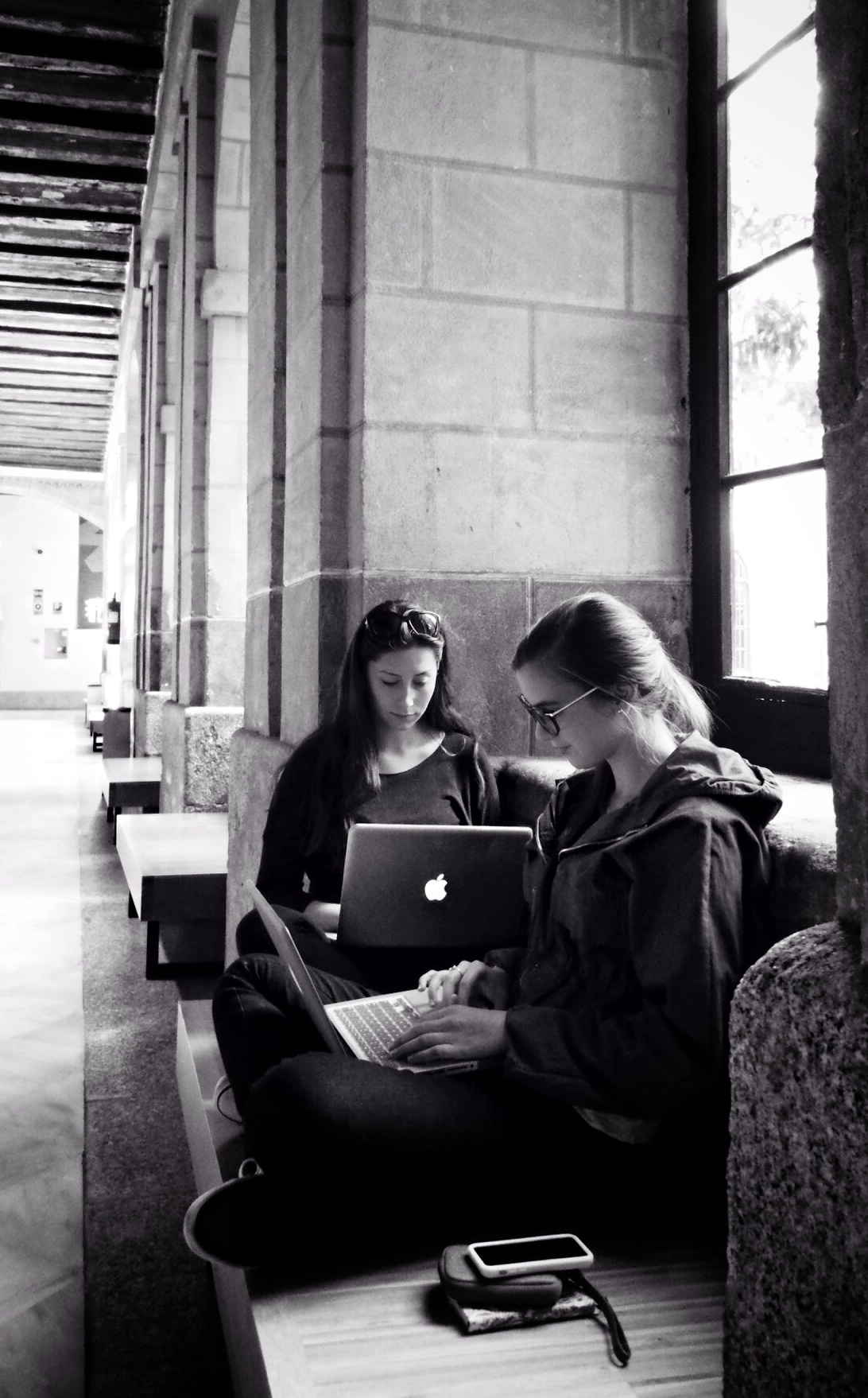 The central cloister of the IE University campus is one of Segovia’s hidden gems. Originally built in the thirteenth century, it was subject to extensive reform in the fifteenth century during the reign of the Catholic Monarchs. When Napoleon invaded Spain the French used the Dominican Convent as a prison for Spanish patriots fighting for independence, and it was around that time that the cloister and adjoining sections were destroyed by a serious fire. Its reconstruction was completed in 1817. The central part is late neoclassical style, but some gothic parts from the fifteenth century still remain. Now it’s a place where students and professors hang out, including Mia y Adriana, these two psychology students who are studying at the IE University campus.