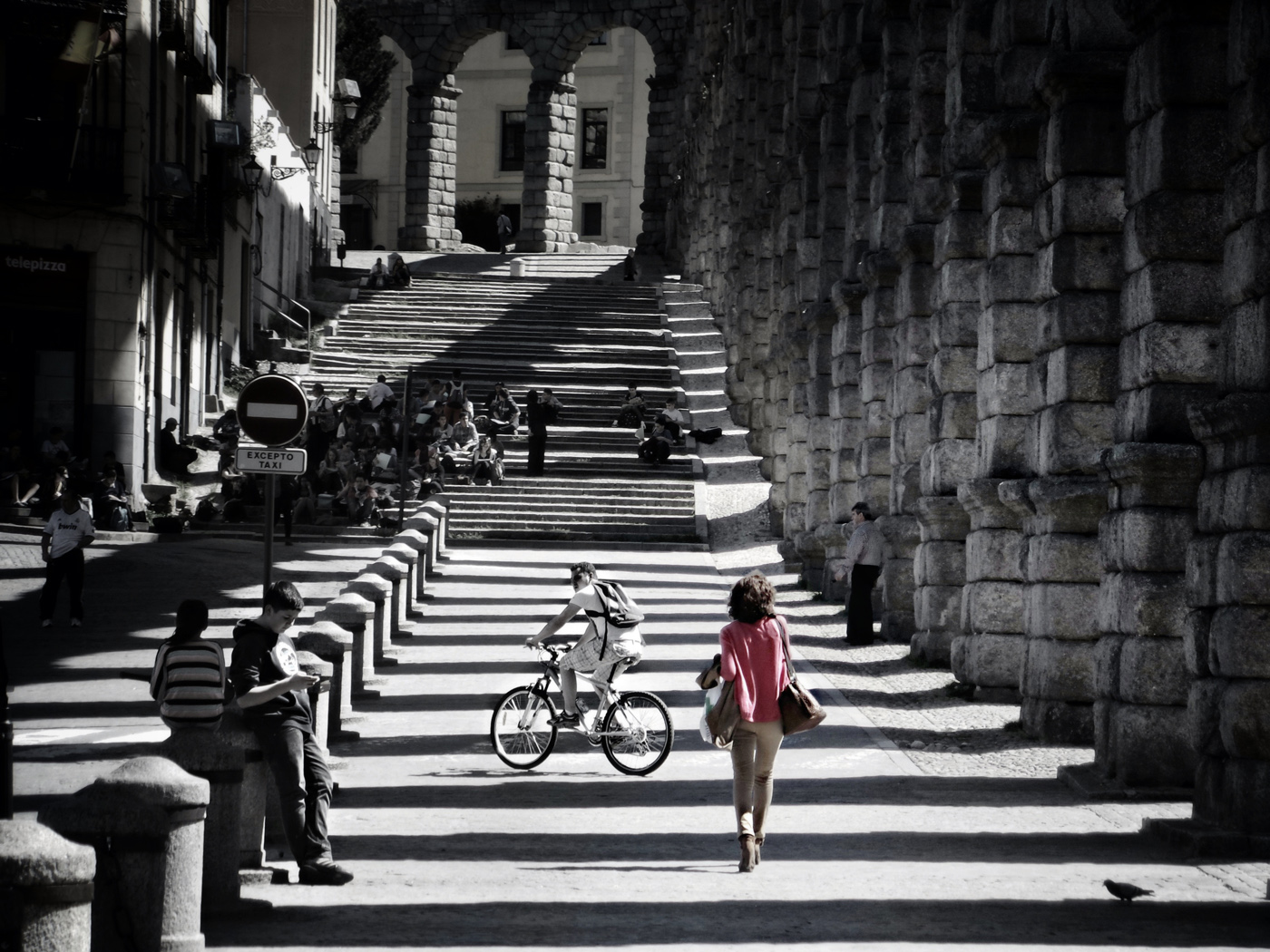 I live in Segovia, a small city in the center of Spain that I never tire of exploring with my camera at the ready. Renowned worldwide for its cultural and historical heritage, Segovia was declared a World Heritage Site by UNESCO in 1985. The city is situated in Spain’s Castilla y Leon region and has so many historical monuments that it’s a bit like living in a museum. In times gone by Segovia was the scene of events that shaped the course of history. In the fifteenth century, for example, Segovia was the place where Queen Isabel of Castile was pronounced queen, and the city where she agreed to give Christopher Columbus the financial backing he needed to reach America.