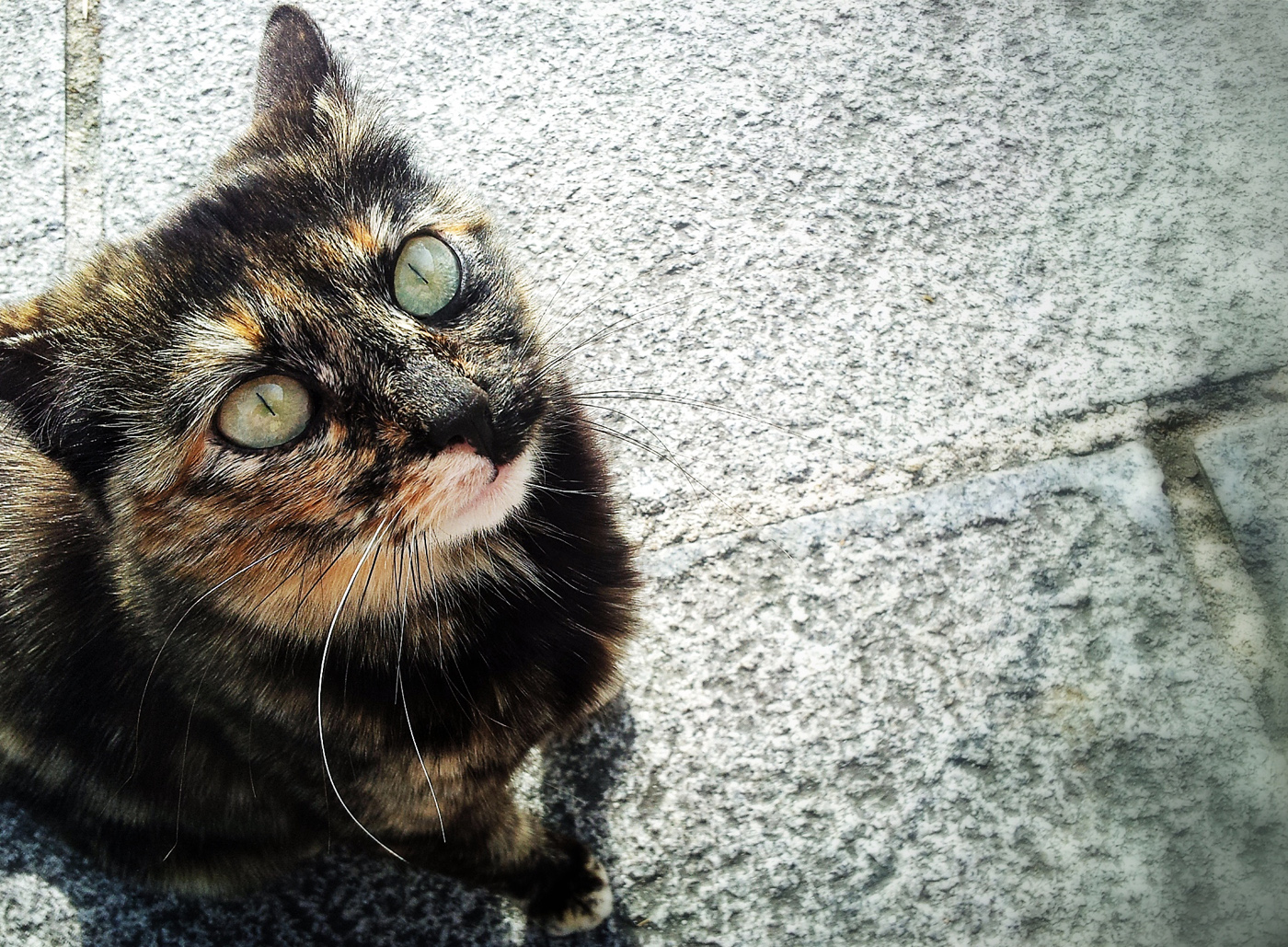 She’s a tortoiseshell cat with two names: “Conchita” and “Lucretia”. I prefere the second one, a reference to the daughter of Pope Alexander VI, Lucretia Borgia, reminiscent for many of the machiavellianism of sixteenth-century Italy. Not a pretty association, but then neither is the cat. She appeared on campus one day and we all adopted her as our pet. She was pregnant, but sadly she lost all her kittens except one, which found a new home thanks to a group of people who work at IE University. In the end, Lucretia was taken to “la Gatera” an animal rescue center that helps vulnerable animals, particularly cats.