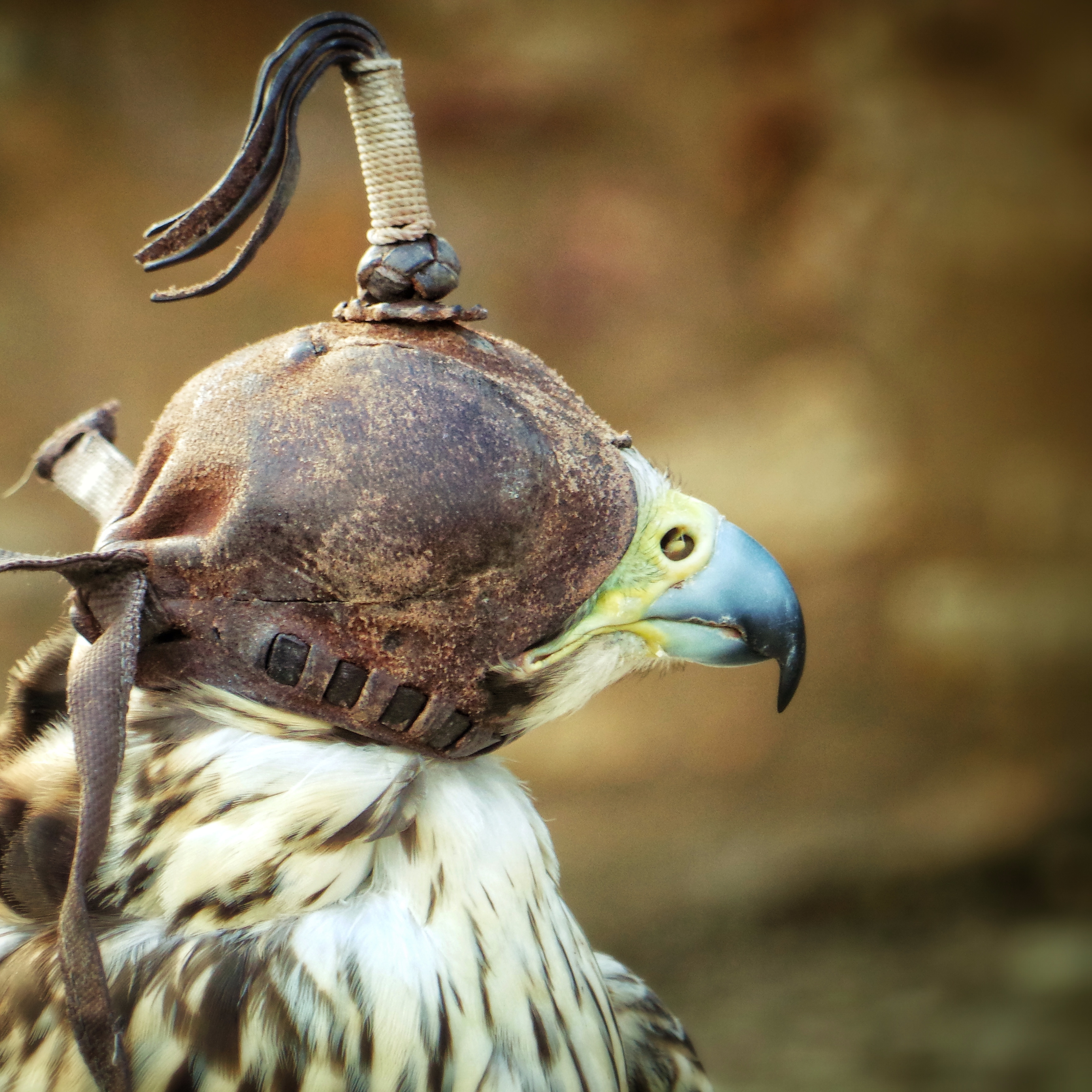 Legend has it that one day Euric, King of the Visogoths (466-84), rode out with his entourage with his peregrine falcons flying overhead. Suddenly, halfway through the ride, one of the birds gathered speed, beat its rings rapidly, soared way up high until it all but disappeared, and then folded its wings and plummeted at an amazing speed to catch a bird. The king was so impressed by the falcon’s skills that he decided that from that moment he was going to train his falcons to hunt for him. This, Arab historians say, was the first reported instance of falconry – the art of hunting using birds of prey. The leather hood, which prevents the falcon from seeing, is essential for training the bird. It prevents it from being startled by strange surroundings and helps with the taming process. While I was taking this photo I couldn’t help but think about the hoods we place on ourselves that stop us from reaching greater heights.