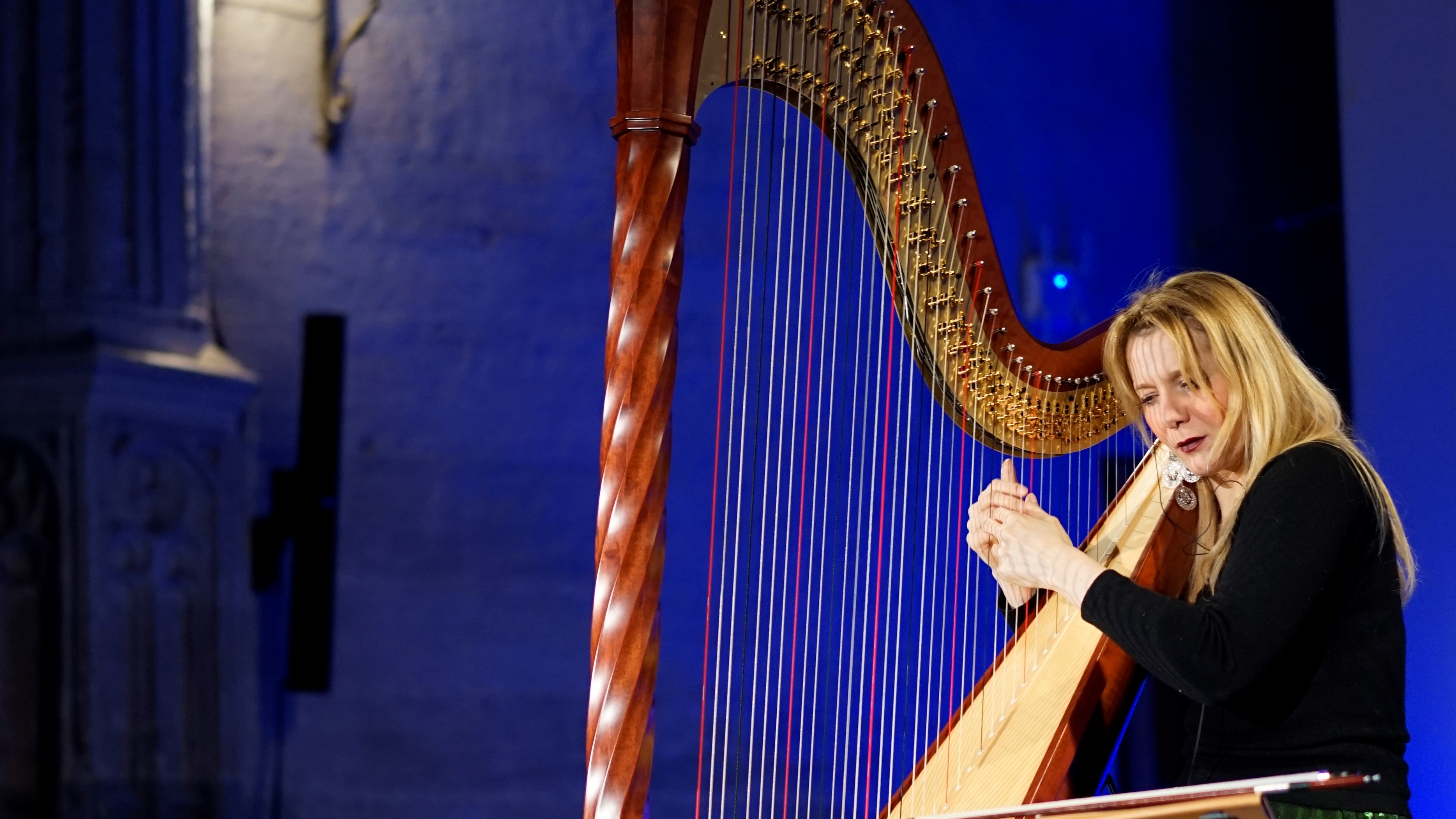 Floraleda Sacchi, one of the best known and most original harpists on the international stage, recently gave a recital in the old church of the Santa Cruz la Real Convent in Segovia, which today serves as the Aula Magna of IE University. The concert was organized by IE University Arts Society in collaboration with pianist and orchestra conductor Manuel Tevar, one of Spain’s most accomplished musicians, who has achieved a greater presence on the international arena than any of his Spanish peers. Sacchi played many of the pieces that have earned her international acclaim, including some from her latest album, #DARKLIGHT. They included soundtracks and contemporary music composed for and played on the electronic harp. Floraleda Sacchi is an exceptionally talented artist who has brought out over 20 albums, recorded and sold by major music companies. She has won sixteen prizes in international competitions and has performed in some of the greatest concert halls in the world, like Carnegie Hall and the United Nations Concert Hall in New York, Berlin’s Konzerthaus, and Kyoto’s Prefectural Hall.